As we all know Saturn is about to ingress Capricorn (20 Dec 2017). Everyone is very focused on it & there have been some excellent articles written (I particularly liked Steven Forrest’s constructive take on the subject). But whilst mulling on the potential ramifications of the ingress something struck me that is happening now, something we are perhaps overlooking.

Over the past few days I have felt pressure building, both personally & socially. Talking to a close friend last night she discussed a group of colleagues & how she feels something building, that tension is about to erupt concerning one lady in particular. Amazingly, yesterday another friend told me that her husband had bumped into an old mutual acquaintance that he hadn’t seen for a long time & had been quite shocked at some odd behaviour, mentioning that he was like a “pressure cooker about to explode.” A close family member is experiencing similar things.

So last night I decided to explore “the source of pressure.” Looking at my own chart I’ve known for some time that transit Saturn will square my Pluto in the next few days, as it will for many people of my age. Naturally as we all to easily can do, I started conjuring up all sorts of “bleak” scenarios of how this could impact me. Yes, I know there are some areas of my life I need to direct some Saturnian energy into & have therefore duly acknowledged them, albeit grudgingly, feeling under pressure to do so! But not everyone now feeling this pressure is having this particular transit.

But, & here is the interesting point, everyone with a 290 planet IS having a Saturn transit, & particularly those with 290 planets are in mutable signs will be feeling the strain of Saturn making his last stand. Amongst those I spoke to yesterday one has a 290 Virgo Mars, another has a 290 Virgo Pluto (phew, I have a partner in crime). Another a 290 Cancer Sun, another a 290 Moon Gemini……..so no wonder pressure is being felt amongst many.

290 of any sign is a particularly sensitive point in a chart -a critical, or anaretic degree. Although this subject deserves its own post, in short, a planet here is on the cusp of new energies whilst still being immersed in the old. Thus a conflict can arise over which energy to use and in effect cause crises & debilitation. When these degrees are triggered e.g. by transit, the effects can be quite profound, almost a pivotal point in life. In this case, I sense that ever stoic Saturn (on this degree 11th-19th Dec) may be feeling a little excited about returning home to Capricorn & in so perhaps overdoing things a little.

So although the point of this post is not to discuss Saturn in Capricorn, the one observation I will make about it is that for some of us as December draws to a close & Saturn settles back in to oversee another cycle in his realm we may feel some pressure or crises easing, a sense of relief  as we accept & start any necessary restructuring.

Before I close, I’d like to return to my current personal Saturn Pluto theme. I’m always slow to pick up on TV series but last week was persuaded to sample Peaky Blinders. I am now compulsively (Pluto!) gorging on it & late last night whilst watching the final episode of Series 2 had a revelation. The bleak post WW1 setting, the harshness of daily life, the drab dirty setting of industrial Birmingham. The extreme, almost primal violence & brutality of the underworld dealings, not to mention the secret, sometimes sordid sexual trysts. 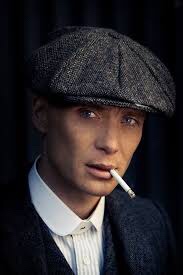 What more perfect portrayal of one way in which I am experiencing the current Saturn Pluto influence in my life. Yet, all made somewhat more tolerable thanks to the dangerously stunning & beautiful Cillian Murphy!! Things are not always as bleak as they seem…. 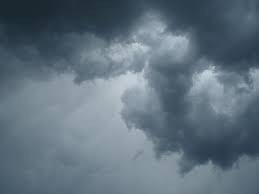